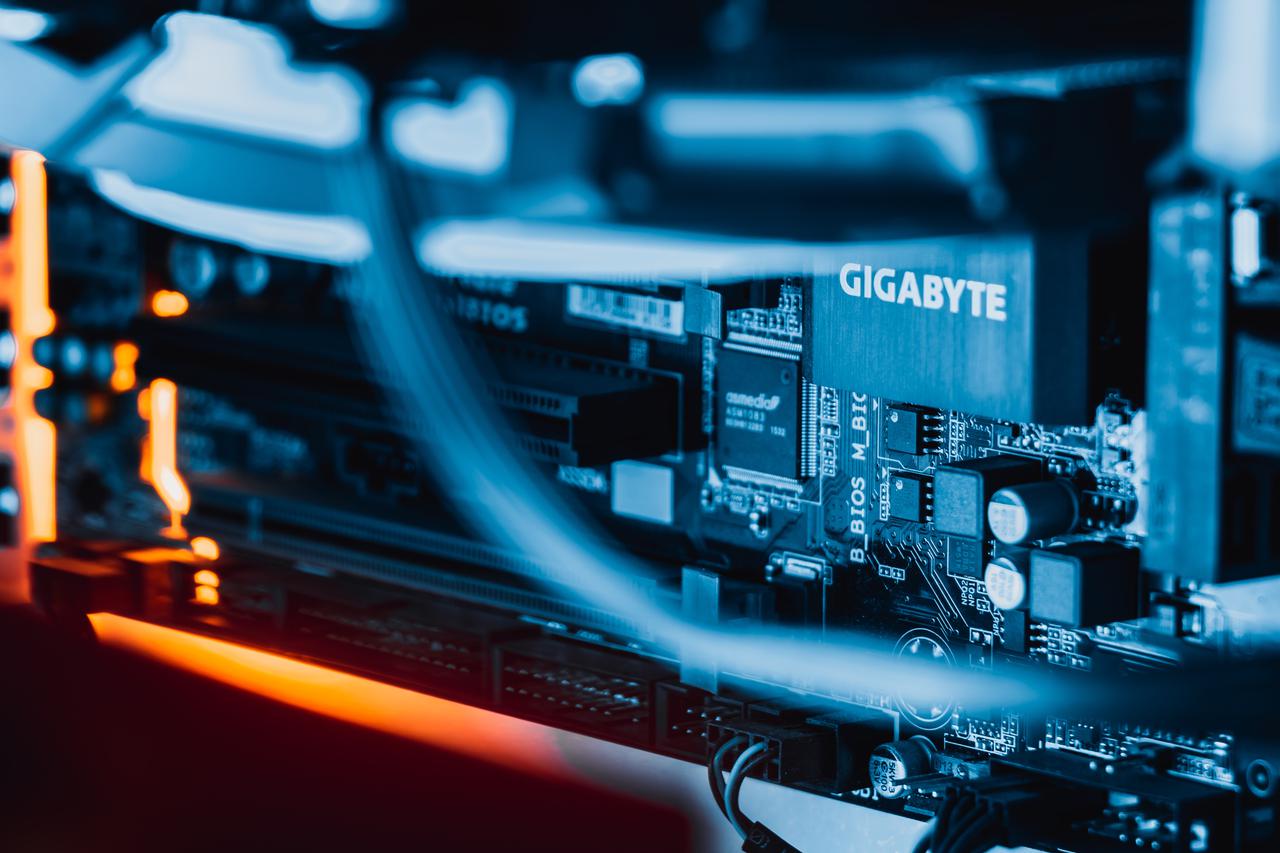 Photo by Florian Krumm on Unsplash

Having worked in support since 2007, I faced many problems, one of which I would like to talk about.

One Friday at the end of the working day, a message is received about errors from one production server serving clients from Kaliningrad to Sakhalin.

A quick analysis of the server status showed that the problem is only with triggers that call the Bash shell to run, which seemed very strange. The second oddity seemed that the server was in production, and the problem had been fixed for about 30 minutes, there were no user requests! A survey of colleagues in a working chat, determined that today on this server they solved the problem with “too many open files” and solved it. We launch an SSH session on the server, and ... NO connection !!!

Analysis of the SSH client logs showed that the channel breaks when trying to start the command interpreter, i.e. authorization and authentication goes through, but the console does not start. Connecting via iLo - the result is the same.

The first search results came up with a solution - Disable PAM. 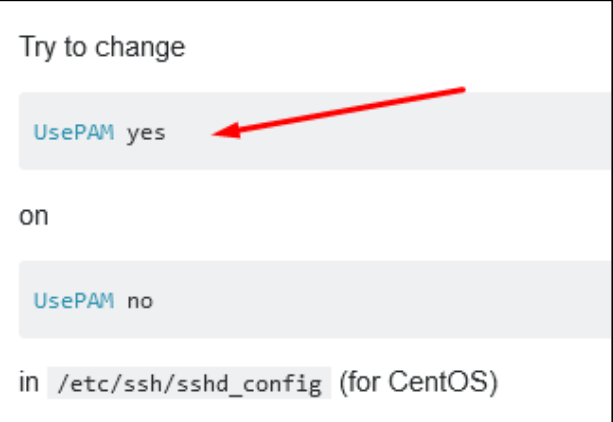 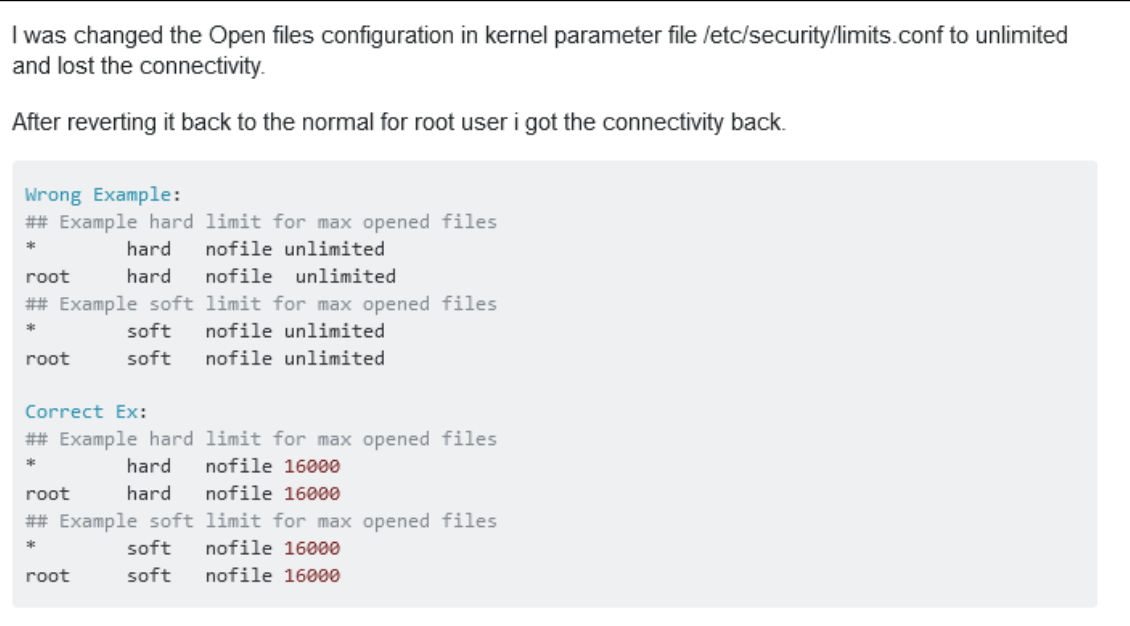 After gaining access to the server (restart and LiveCD) we were surprised, there are no lifted limits!

The SSH connection to the server can be broken down into the following steps:

At the last step, the problem arose, it is responsible for this - pam_limits.so.

pam_limits serves to allocate resources to the user, the setrlimit system call is launched, in addition to allocating restrictions on CPU and RAM, the maximum number of open files is also allocated. The strace log confirmed that an error occurs when allocating NOFILE resources:

We understand that the value 1685744 (/etc/security/limits.conf) is not correct, but we do not understand why.

The next hour, solving the problem, was devoted to studying the documentation and the Internet, and this is what we learned: The value set in setrlimit for NOFILE should not exceed the value /proc/sys/fs/nr_open core, our value was almost 3 times higher.

Aligning the values, the problem was solved.

Why did it happen?

When solving the error “too many open files”, the parameter was increased based on the value of /proc/sys/fs/file-max, as well as this value was added to the file /etc/security/limits.conf which exceeded /proc/sys/fs/nr_open.

Why can this happen to me?

The value in file-max denotes the maximum number of file- handles that the Linux kernel will allocate. When you get lots of error messages about running out of file handles, you might want to increase this limit.

This denotes the maximum number of file-handles a process can allocate. Default value is 1024*1024 (1048576) which should be enough for most machines. Actual limit depends on RLIMIT_NOFILE resource limit.

pam_limits.so - uses setrlimit, to allocate resources to the user, which in turn uses the kernel's nr_open value to determine the maximum value for file descriptors. What other applications use the setrlimit call is not known, so BE CAREFUL ON DEPLOYING !!!